ARUA-The intervention of military personnel in Arua town has cooled the rowdy state of affairs following Sunday protest by locals along major streets in town.

Protest emerged after the body of murdered Arua Municipality MP; Col. Ibrahim Abiriga arrived ahead of his burial on Monday.

The protestors grabbed their MP’s corpse from A-Plus funeral service, carried the casket on their shoulders with uncontrolled shouting.

In that protest in which Police was ‘overwhelmed’, gun shots were fired to disperse angry rioters.

At his home in Lukudu village, Rhino camp, tents, chairs, tables and other items were broken sharply by protesters.

Many protestors say what they were doing was culturally normal and shouldn’t be interfered with. “First of all, we demand answers from government why Abiriga was killed in such a brutal manner. Who killed him?” Onzia Emilio asked.

Our correspondent who’s there on the ground says Abiriga’s body was taken to his ancestral home on Monday at around 4am.

The NRM MP was gunned down last week on Friday evening in Kawanda, Wakiso district by unknown people. He was killed together with his bodyguard, Saidi Kongo, 48. 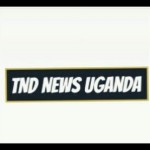 Facebook could have another Cambridge Analytica-type scandal on its hands

By OUR REPORTER 2 years ago